About the founder Rodney Smith

Local Yoakam is a Dwight Yoakam tribute band that also does a varity of other artist that affected ,or influenced Dwight.        Lead Guitar, Thad Bonduris very well known Dallas Musician ,holds a masters in music  from North Texas ,and shared the stage or worked with such greats as Goerge Strait, Ray Price,Texas Tornados Brave combo.

Local Yoakam was created by Rodney Smith a long time Dallas musician who has played in various bands  through out the great state of Texas. Rodney has played everything from solo shows in Asben Co. to sold out performances in such places as the famed Bronco Bowl in Dallas (God rest it's soul). You can find Rodney's music on itunes  Amazon and various other distributors  with his most recent  project named Red wine & Heartachs. RW&H was ranked  # 1 by reverbnation.com in local Americana recording artist in the Dallas /North Texas region .

reverbnation.com/rodneysmith   Look for another album in 2016-17. 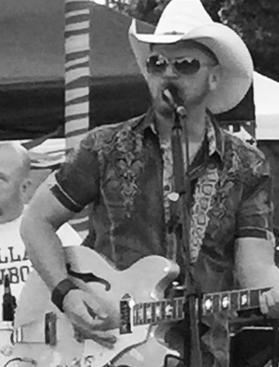